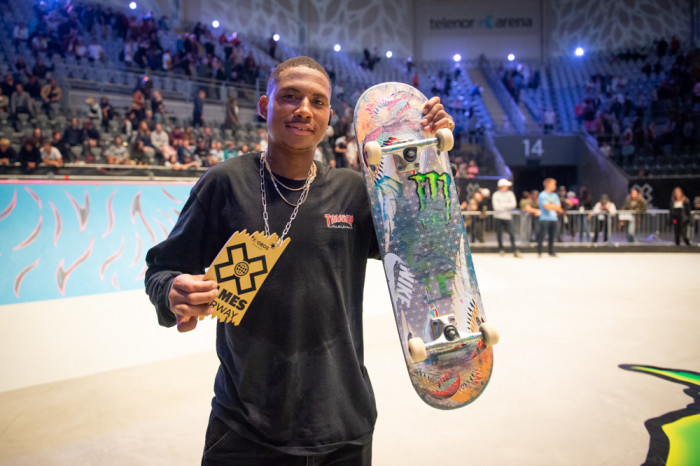 He finally did it! Ishod Wair took the gold medal – his first career X Games gold – at X Games Norway 2019 today. In front of a high-energy crowd at Telenor Arena in Oslo, the 27-year-old from Bordentown, New Jersey, put together a perfect technical run to claim the top spot in the Monster Energy Men’s Skateboard Street event. 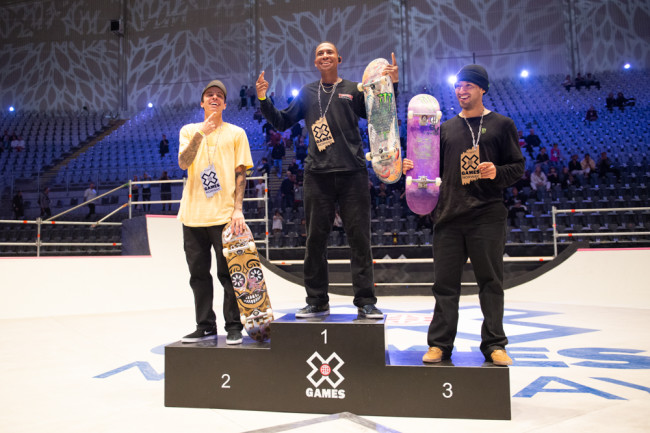 The skateboard action focused on a state-of-the-art street course in a unique hexagonal design: Built around a centerpiece stage featuring several ledges, stair sets and the tallest handrails in X Games history, the street course was lined by banks, quarterpipes and wallride obstacles around the perimeter. This rich variety of obstacles offered the world’s best street skateboarders a chance to go burly and technical – or both! 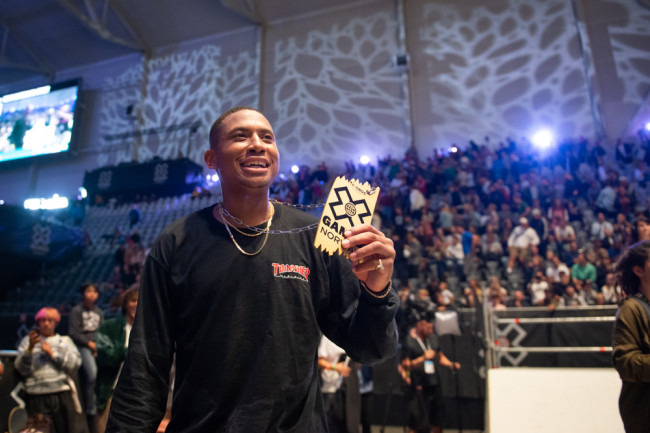 Wair qualified into the eight-rider final session in second place. Although Wair’s name hardly comes up when discussing podium threats in contests, something about Scandinavia – considering his reign as the MVP of the annual Copenhagen CPH Open contest – puts the otherwise free-flowing rider into the contest zone. 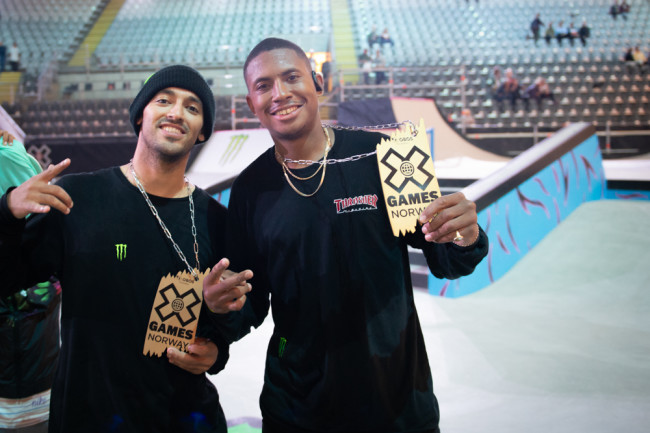 When the time for Wair’s first run arrived, he commenced to put down a perfect line well past the buzzer: backside wallie off the Hubba ledge and an unconventional wallie the handrail into bank, backside noseblunt and blunt kickflip the quarterpipe, kickflip backside lipslide the handrail, nollie heelflip and frontside half Cab kickflip over the hip, 360 flip fakie and kickflip fakie the quarterpipe, backside Smith grind the A-frame rail and a switch frontside kickflip the bump after the clock earned Wair an 82.00-point score and the gold medal. 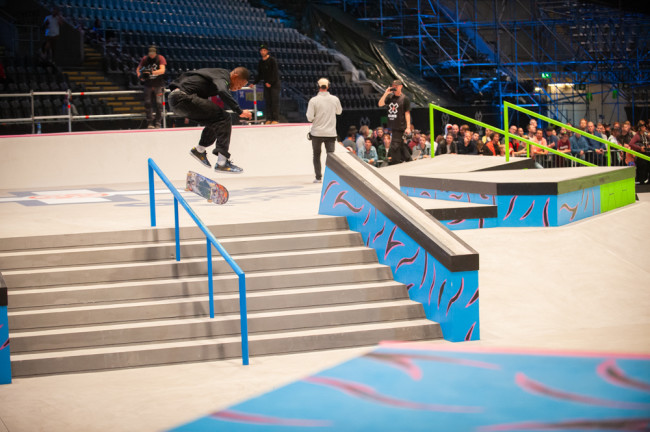 “I was just trying to have a good time, thinking ‘whatever happens, happens.’ I was in a good mood and it ended up working out,” said Ishod Wair upon winning Men’s Skateboard Street Gold at X Games Norway. 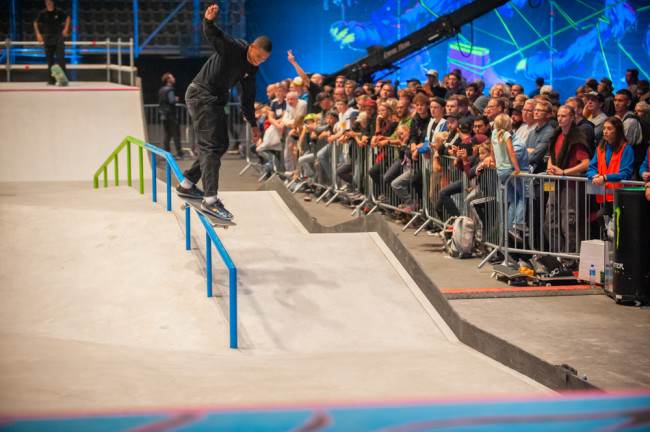 Today’s Gold medal has been a long time coming for Wair. Considered a true “skater’s skater,” the New Jersey local is known for letting his talent shine in the streets rather than the contest arena. His signature mixture of technical mastery and burly stunts have been recognized by Thrasher Magazine’s coveted ‘Skater Of The Year’ award in 2013. 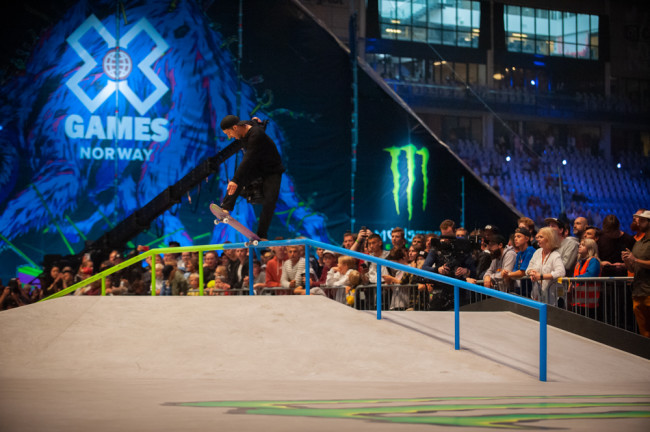 But let’s not forget that Wair has also had his moments in skate competitions: In 2016, he claimed Skateboard Street Bronze at X Games Austin and has won the legendary CPH Open street contest in Copenhagen in 2017 and 2019. Now the star of the Real Skateboards and Nike SB teams can also add X Games gold to his merits. 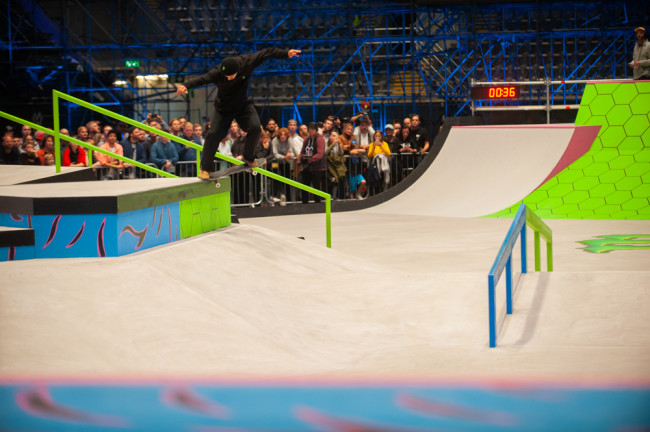 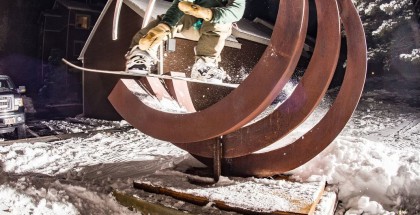 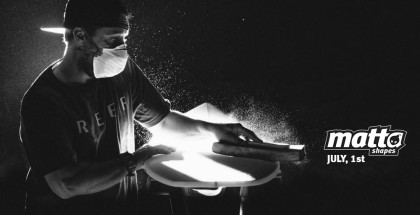 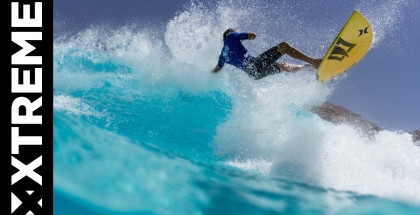 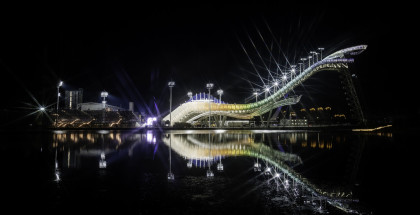