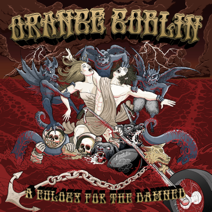 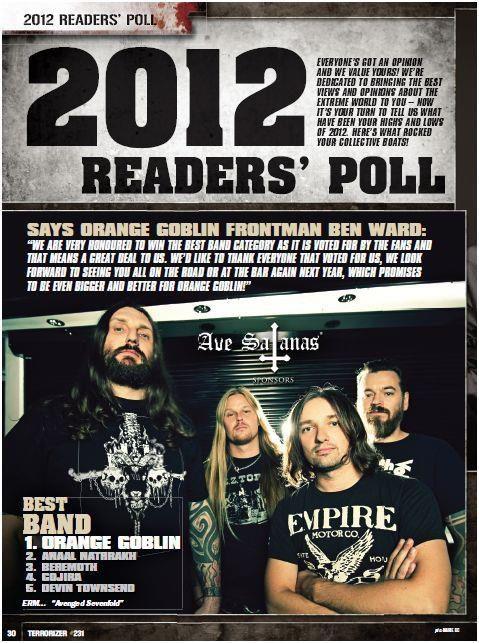 Congrats to Volcom family band Orange Goblin!!! Volcom Entertainment is delighted to say that Orange Goblin have been voted BEST BAND in the Terrorizer end of year Readers and Critics Polls for 2012. The Band featured in FIVE of the categories voted for by the readers and came 1st, 2nd, 3rd, 4th and 5th as follows:
1st – BEST BAND – ORANGE GOBLIN
2nd – BEST ALBUM – A EULOGY FOR THE DAMNED
3rd – BEST VOCALIST – BEN WARD
4th – BEST LIVE ACT – ORANGE GOBLIN
5th – BEST BASSIST – MARTYN MILLARD
The band are over the moon with the results and would like to thank everybody that voted and has supported the band over the past 12 months and throughout OG‘s career. The new issue is available from all good stockists now. Also their ‘A Eulogy for the Damned’ has come 3rd in the Metal Hammer critics’ choice for Albums of the Year 2012. 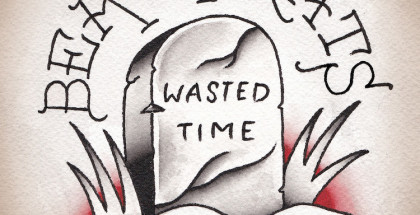 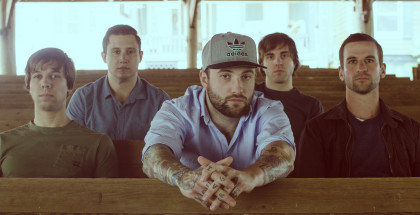 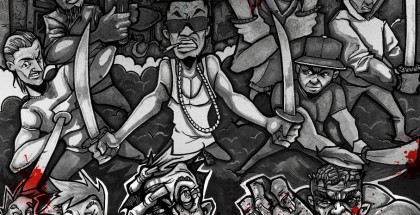